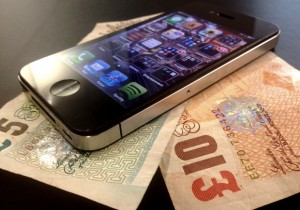 There are a variety of reasons why people sell their mobile phones. To gain money, to get a new phone, to declutter or just for the love of the enviroment…

There are some people who have old cell phones lying around in their houses and would like to get rid of them. Instead of just disposing of it in the dust bin, they may decide to sell it and get some cash for phone instead. Some people may decide to auction their old cell phones on eBay hoping to get a good deal out of their old cell phone. Even though this might be a great idea, it does not necessarily guarantee that the best deal will be found on eBay. It is possible to get more money out of selling your phone to a recycling company than to an auction site.

When you sell your old cell phone, you will have a positive impact in the developing country that receives your phone. Most developing countries do not have the capacity to afford technology and do not have access to it either. Second hand mobile phones therefore make it a bit easier for them to acquire this technology. This is the feeling that most people are sometimes after in addition to the money that they will receive from selling the cell phone. This leaves them with a desire to be able to do it again the next time they get tired of their old cell phones.

To acquire a new one

With the latest craze for technology, most people are constantly upgrading their cell phones by getting new ones. It is like every month you get a new cell phone model has hit the market and people want to acquire the new model. As a result, they may find that they do not have enough money to by the new model. This may result in the owners reverting to sell their old cell phone in order to top up the money that they have so that they can be able to afford the new cell phone.

Getting rid of clutter

Mobile phones contain toxic elements that most people are not aware of. These toxic elements have the power to ruin the environment if they are not properly taken care of. The batteries of mobile phones are very toxic and can leak dangerous chemicals if not disposed of carefully. A single battery may not damage the environment as such but with the thousands of mobile phones being disposed off every year in an improper manner, the damage might be irreversible.

There are companies out there that specialize in the recycling of old mobile phones. They do this by taking out the precious metals and reusing the remaining part of the handsets or disposing of them in a proper manner.