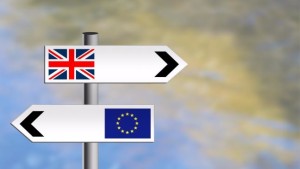 Whether you voted to Leave or Remain, Britain’s recent decision to leave the European Union has left many unanswered questions. Many thousands of British citizen’s live and own property throughout the EU, and it’s still far from clear exactly how Brexit will affect them. With thousands of laws to be unpicked over the course of several years, it’s impossible to predict exactly what the outcome of Brexit will be, but there are going to be several likely results for expats living in the EU…

Brexit has had a negative impact on the value of sterling. Although the UK currency has regained ground, and many experts believe it should eventually recover, sterling is likely to remain shaky whilst negotiations are under way. This has some benefits for the UK of course, making it cheaper for overseas investors to spend in the UK and helping exporters, but it means that expats’ savings and pensions will be worth less as a result of the unfavourable exchange rate.

The UK’s Place In (or Out) of the EEA

During the course of Brexit negotiations, the UK may decide to remain within the European Economic Area rather than completely quit the EU. There are certain benefits to EU membership which are extended to EEA members as well, which will dramatically affect British expats if they’re lost:

Though the impact of Brexit won’t be fully understood for several years, expats would do well to keep an ear to ground and stay updated on developments. If the UK remains a member of the EEA, it’s possible that many of the beneficial rules and regulations that make emigration to the EU so appealing will remain in place – however, we won’t know anything for sure until the Brexit negotiations begin in earnest.