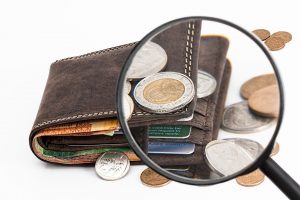 This is one of those areas in life which perhaps epitomises what is meant when ignorance is equated to bliss, simply because you don’t really know that your life is perhaps twice or three times more expensive than it would be if you were paired up with someone, until someone points it out or until you actually give it a go with a relationship. Living solo is indeed more expensive, despite what the logic of having to think for just yourself dictates.

More risk is associated with singletons

It should perhaps even be a truism by now that credit (debt) forms an important part of life in that the ability to pay for something later or to pay it off incrementally allows you to purchase some of the important things in life you would have otherwise not been able to afford to buy if you had to pay cash for them, such as the mortgage for your house and the bank loan for your car. Insurance makes for another one of these credit channels, albeit in more of an indirect way, because you’re effectively setting some money aside for a possible, big expense to hit you which you might otherwise not be able to afford.

Now, as far as it goes with paying insurance premiums, more risk is associated with someone who is single and only has number-one to look out for. Auto insurance for example has insurers putting a single man at a higher risk of doing something which could damage and write off their car or going someplace where it’s likely to get stolen – this would be at a higher risk than someone like a family man, so that’s why those costs sky-rocket in comparison.

If there’s nobody around to call you out then you’re more likely to waste in pretty much every area of your life, like using too much of a certain ingredient when you cook maybe or perhaps being too lazy to turn all the lights off when you go to bed, etc. You only have yourself to think about, so your mind internalises that and more wastage happens.

This is a basic rule of economics which drills down to the costs of production. You’re probably fully aware of the fact that buying in bulk works out much cheaper because bulk prices are lower than what you pay when you buy goods in the smallest quantities available. You’d probably end up wasting in anyway if you bought in bulk in an attempt to save more money.

Certain things in life can effectively have their costs halved as a result of effectively being shared by two people living together. Try working out the required credit score to rent or lease an apartment for one person as opposed to two people who perhaps both earn a salary and you’ll realise that this just makes for one of many ways through which living solo is just more expensive than sharing your life with someone special.