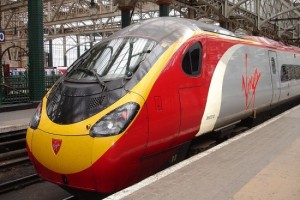 Many of us are trying to cut costs at the moment, and a clever way to approach this is to question our daily assumptions about what is most economical – because they aren’t always true. Ultimately, what constitutes cheap travel is always going to be relative to our individual financial situation. For some people, Jettly helicopter travel would be an inexpensive option whilst others find trains to be too expensive. Our habits are often convenient, but is owning a car really the cheapest way to travel? Whether you’re counting petrol costs or train ticket prices, the figures always seem to be increasing. CarHireMarket.com commissioned research into the best to save money on travel without losing out on convenience.

The real cost of car travel

Between 2010 and 2011, the yearly cost of running a new car in Britain went up by 14%; that means the average contemporary car costs 56p per mile (1) to run. This includes all costs apart from buying a car in the first place. The average British car is driven 8,430 miles every year – using the 56p a mile figure, that’s 4,699 annually. And that doesn’t factor in any regular repayments towards loans or credit taken out to buy the vehicle.

Getting a grip on UK train prices

A typical approach to cost-cutting is to try and take public transport (or walk and cycle) whenever possible. Public transport doesn’t go everywhere we need to go, however; sometimes a car is the only practical option.

If your public transport system is mostly adequate, it often works out cheaper to abandon car ownership altogether, and to simple hire a car when it’s really needed – for a family holiday or outing, for example. Just take public transport the rest of the time.

For example, a standard annual London travelcard (which permits travel on all modes of public transport in the capital) costs only 35% of the average annual cost of car ownership, so this would be a huge saving to a habitual London car driver. According the Association of Train Operating Companies (ATOC), train travel in Britain is now at its most popular since the 1920s. ATOC attributes this to “attractive pricing and the rising cost of motoring”.

Train travel’s “attractiveness” can vary greatly, though, since the cost of train tickets varies depending on when – and sometimes where – they’re purchased. Travellers booking online a few weeks in advance can pick up a return ticket from London to Manchester for around 20. But if they buy the same ticket at the station on the day of travel, they’ll often find themselves paying closer to 300.

This said, although the cost of individual train tickets varies with timing, ticket type, and destination, the average cost of UK train travel is still only 20p per mile. This is less than half the cost of taking a private car.

A ticket to travel, next week, from London Euston to Oxenholme, in the Lake District costs around 85. The same journey by road – 260 miles – in a private car will cost about 145, using that nationwide average as a benchmark. Fuel alone for this journey costs 41, based on a 40 mpg vehicle and the current average fuel price of 140p per litre of unleaded petrol. If the traveller hired a car for the journey, instead, they’d pay about 60, for rental and petrol.

If you’re really committed to saving money, it’s always worth comparing the cost of travel options for each different journey, instead of assuming that one method is better than the rest wherever you go.

Also, always remember to factor in costs beyond fuel price or ticket cost.

For example, are you making monthly repayments towards a loan taken out to buy your car? And if you own a car but don’t drive it often, note that the cost of car ownership per mile increases significantly, with the overall annual cost split between fewer journeys. You pay the same insurance, services fees and so forth each year, but get less use out of the vehicle for that money than a frequent driver. Unless you drive your car every day of the year, it’s quite possible that not owning one at all could save you a fair bit of money.