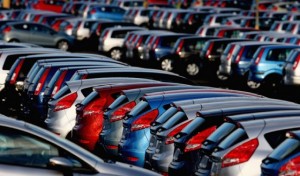 Here is a quick roundup of what is happening in the UK car market.

2013 – Improving outlook
The dip in UK car sales over the last few years ended with the release of figures for 2012, which showed a marked improvement.

Particularly impressive was the performance of the Ford Fiesta, which topped the sales charts, and was the only car to record six figure sales last year. The fact that the Focus also made the top 5 demonstrated the enduring popularity of the Ford brand in this country. Vauxhall and Volkswagen were the other two manufacturers who had cars in the top 5.

It is too early to say if these improved sales will be sustained through 2013, but initial reports appear promising. However, with the outlook for the wider economy so finely balanced, the numbers for UK car sales were received with cautious optimism by the car making industry.

The UK market is the second largest in Europe, only Germans buy more new cars, so the upswing in the market here is of interest not just across the continent but worldwide.

2013 – Unlucky for some?
This year sees the introduction of the new ’13’ UK registration plate. This was despite a somewhat muted reception by those of a more superstitious nature.

As many as one third of the UK population believe the number 13 to be unlucky. It is considered a very real possibility that these numbers are significant enough that resale values of 13 plated cars may be affected. So, even if the original buyer is not triskaidekaphobic (fears the number 13) this is an issue that can affect them.

Even the DVLA looked set to be spooked by the supernatural influence the number plates might exert. They were rumoured to be considering remaining with the existing ’62’ plate, but that idea has now been shelved.

It remains to be seen whether car insurance quotes for 13 plate vehicles will be affected. What can be predicted is that once these hit the roads and start to hit each other, the media will not be able to resist the story.

Driving around on the information superhighway
Media outlets have been reporting that by 2014 every new car sold by the bigger car makers will be connected to the internet. The demand for car based access to apps has been unprecedented with over 50 percent of customers saying their decision to buy would be influenced by a car with internet functionality built into the dashboard.

Parking space and restaurant locating apps are amongst the many car specific forms available. Apps also exist which allow petrol stations to be located and their prices compared. All this infotainment, as it is being called, is accessible without so much as a touch of a button. The systems have been designed to be largely voice controlled for the obvious safety advantages.

The level of technology in cars today is increasing at a breathtaking rate. Cars are entering the market with the technology to scan for a parking space of suitable size as you drive along. Once identified, the vehicle can then park in the space with no further intervention from the driver, other than confirming the desire to park.

By 2015, all new cars will be fitted with a system called eCall. The systems will house a sensor which will call the emergency services if the vehicle is involved in a serious collision. This has the advantage that if the driver is incapacitated, or does not know their exact location, the car will summon help for them.

It is indeed an interesting time in the UK car market. Sales and technology are on the increase and there is also a little superstition thrown in there for good measure too.