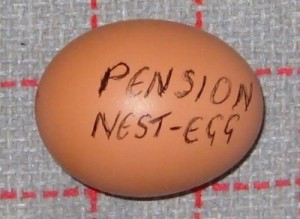 The average UK citizen is given the chance to opt-in to a private pension scheme or simply to bury their head in the sand where the question is concerned. Even those who can utilise a golden company pension scheme often choose to maximise their earning in the here and now instead of making burdensome pension contributions. This kind of complacency looks set to leave the state with a huge benefits burden in future years, in a time when people are living longer than ever and many aren’t economically equipped. For this reason the state has finally unravelled its plans for automatic pension enrolment.

From the 1st of October, anybody working for one of the UK’s large companies will be automatically enrolled in a pension scheme. The scheme will begin to culminate in 2018 when any employer including single person employers (nannies, gardeners etc.) will have to enrol workers in a pension scheme. Additionally have you looked into the possibiliy of a TD SIPP?  Many of the big companies will have private schemes in place but many of the smaller businesses will have to put measures in place. If an employer doesn’t have a scheme in place it can use the National Employment Savings Trust (NEST) as its provider.

Some forecasts have predicted as many as 10 million new people will be cast into a pension scheme like those provided by http://www.nowpensions.com. If you’re over 22 years old and below pension age, earning more than £8,105 per annum and you work in the UK you will be earmarked for the new proposal. The important factor is that you can opt out should you so wish, but many will see it as an important spur to begin making provisions. Even if you do opt out, you will be re-enrolled every 3 years meaning the question will continue to arise throughout your working life; a question many Brits continue to shun.

The government will launch a big advertising campaign as of September to instil the new automatic pension enrolment policy and raise awareness of the issue.