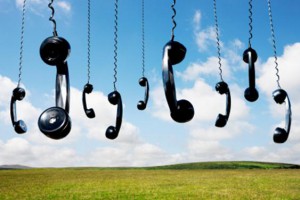 There’s some good news on the horizon for UK consumers with the introduction of new call rates from 1st July 2015. These changes, brought in by Ofcom, should ensure a fairer deal for callers with lower rates and clearer pricing.

The biggest change affects 0800 and 0808 freephone numbers, which is commonly used by businesses to encourage potential customers to call. As a courtesy to the customer, the business pays the full cost of the call, making it an attractive and low risk option for customers looking to buy. However, the problem with 0800 numbers has been that although they are free to call from a regular landline, this hasn’t been the case when calling from a mobile. In fact, mobile operators have sometimes been charging their customers extortionate rates of up to 30-40 pence per minute to call these supposedly free numbers.

Now Ofcom has stepped in to make sure that 0800 numbers are free for everyone calling from within the UK, even if they are using a mobile phone. This is sure to be a popular move amongst consumers, especially the younger generation who tend to favour mobiles over landlines. Although businesses who offer an 0800 number may have to pay a little more now, they should still be pleased as they will likely see a rise in calls.

The other change being introduced affects the 084, 087 and 090 number ranges, which are classed as premium rate numbers. Call charges to these number ranges will now be split up into two parts – the call cost and the access charge. The call cost is the per minute charge and is set by the company supplying the phone number. The access charge is usually a one-off charge by the caller’s phone supplier when the number is first dialled.

From 1st July the call charge should displayed alongside any number  advertised, as well as a message advising that the access fee will also be added. In some circumstances callers will also be played a message saying the same thing when they first dial the number.

Although the above changes may seem confusing at first, they should bring much greater clarity to consumers.

This information has been supplied by callagenix.com, an Ofcom registered telephony services provider serving organisations both in the UK and across the world.