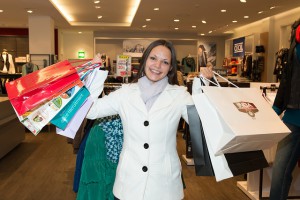 Money doesn’t buy happiness, but it certainly makes life easier if you don’t have to worry about it! No matter how much you earn, what job you do, or how big your family is, everyone has to budget. Everyone has to decide, whatever their income, whether they can afford the new pair of shoes they want, a night out, a holiday, a meal at a restaurant, whether to re-decorate the living room or not. Disposable income – what we have left after bills and all the necessary boring stuff has come out of our wages – impacts largely on how much you can enjoy yourself in a month, but it’s interesting how this part of your budget varies depending on your employment status.

This week I’ve come across an article that claims that, after bills and essential outgoings have been paid, those not in employment have more money left over each month than those working part-time hours, or those in zero-hours jobs. Hard to believe, but it certainly seems there’s some truth in it, as their data shows.

According to Scottish Friendly’s ‘Disposable Income Index’ it certainly is true! According to their findings, 9.3% of an average unemployed person’s wages is disposable income, compared to 7.9% of a part time worker’s and 7.8% of a zero-hours worker.

For obvious reasons, this is a concern! Where’s the incentive to work?! In my opinion, it seems only fair that those working should be rewarded. Hold on the caviar! (I don’t even like it anyway…)

Having said that, concentrating solely on the percentage of wage that is a person’s disposable income may not show the whole story. Scottish Friendly suggests the average disposable income for someone unemployed is £174 a month, but £192 for part-time workers. There’s not much of a difference, but it does clearly show those in employment have more money to “play” with each month than those not working, suggesting there is a benefit to gaining employment. Not a great deal of difference though!

Although on further examination of the report, it seems hourly workers only have £130 disposable income a month (on average)! A significantly lower number! Don’t think you’d be able to treat yourself to many pairs of shoes or days out on that!

And the Good News?

According to the report, our disposable income is on the up! Hooray! Nationwide, it’s risen by an average of 2.3% in the last 3 months. Seems that’s occurred right in time for Christmas!