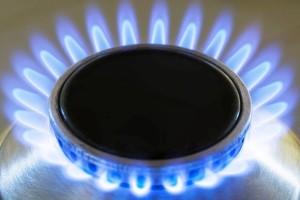 By pure chance six weeks ago I discovered that I have been paying for mobile phone insurance at £4.99 a month for 11 years.

This came about because I received a letter from a company called Citymain Administrators Ltd, telling me that another company called Naughty Diesel (Dial Plus) Mobile Phone Insurance was going bust and the insurance would cease.

The mobile telephone number quoted at the top of the letter was not mine and never has been. I have had a mobile phone since 1996, always had the same number and always with Orange until it was taken over by EE.

I contacted EE but was told records went back only until 2009. I also have no recollection of the insurance company, I would have remembered a company with the name Naughty Diesel.

I know the first thing you will say is that I should have checked my bank account. Well, it’s a fair cop — I should have and I didn’t. I have seen the entry on the occasions that I did look at my account but thought it was some sort of home insurance.

What bothers me is the fact that the telephone number being quoted is totally wrong. Citymain says it sent paperwork and it has my bank details, name and address. I have no recollection at all of this contract and telephone.

Citymain tells me that as an independent third-party administrator, it relies on the accuracy of data provided by the retailer — that is, the insurer who originally sold this mystery policy.

“Naughty Diesel” also used a trading name of Dial Plus, which could be why Leon doesn’t remember it. It sold insurance and mobile phones.

The fact that the number is unrecognisable may be because it is common for retailers to include a “porting telephone number” with a new Sim card, which may differ from the number that the customer then decides to use.

A spokesman says: “Policy documentation would have been provided to the customer, which included contact information of Citymain Administrators Limited in the event of a claim and policy administration. Generally, these type of policies are a rolling monthly policy that can be cancelled with us by the policyholder at any time or by cancelling the direct debit directly with their bank.”

It is not unusual to fail to realise you are paying for insurance that you signed up for years ago, because you are never alerted by these companies to the fact that you are still a customer. I guess they hope that you will forget.

I had a similar experience when I took out a discounted phone contract through a third-party website several years ago. Gadget insurance was part of the bargain; it was free for the first few months and then charged at quite a high monthly rate. When, two years later, I upgraded my phone through a separate company I assumed that the insurance would end. It didn’t, until I cancelled my direct debit with my bank.

I heard nothing more from Citymain, but then Leon contacted me to say out of the blue that he had received a second email agreeing to refund him the full amount.

In the email Citymain said: “We received your bank details and a direct debit mandate from Dial Plus/Naughty Diesel in June 2004. We wrote to you on 22nd July 2004, confirming that your mobile phone was now covered by the insurance and enclosing a copy of the policy terms and conditions. This type of policy is a rolling monthly policy and the letter stated that the first three months were free and then premiums of £4.99 per month would be collected.

“We fully understand that you may not remember purchasing the mobile phone nor taking out the insurance. We also fully understand that small regular payments can easily be overlooked on bank statements or mistaken for something else. Mobile phones are replaced much more frequently than in the past and it is easy to forget to cancel a connected insurance policy, but if the insurer or administrator is not notified by the customer, then there is a risk that the insurance will continue.”

They said that Leon’s policy was one of a “small number” of monthly policies that the insurer found had been running for a long period of time and were unlikely to still be relevant, “and it was for this reason that the decision was taken to cancel them”.

“We have spoken to the insurers, who have given consideration to all information relating to your policy and we are pleased to advise that they have instructed us to refund all premiums you have paid.”

If you think that once upon a time you may have taken out a mobile phone insurance policy, even unwittingly — because sometimes these are automatically added to mobile contracts and you have to ‘opt out’ — do check your bank statement to see if, years later, you are still paying for it.

I was interested to read your article in last week’s Troubleshooter about the problems with Co-Operative Energy.

Unfortunately, your reader’s complaint is the tip of a very big iceberg.

Frankly, Co-operative Energy’s new billing system is in total meltdown since it was launched in March 2015. Like many customers, I am unable to look at my bill online, see what tariff I am on or see what payments have been made. Most worrying is the fact that the Co-operative is sending out reminder notices to customers to pay bills even though they are in credit. I complained and was told: “It has been brought to our attention that the majority of our customers have received these letters.”

You will appreciate my surprise in receiving another notice of arrears, even though I am in credit to the tune of £451.49.

The implication of this is that literally hundreds of thousands of customers will have been sent reminder notices and, quite possibly, notices of arrears. Many will have paid them, fearful of the consequences of not doing so. As a long-standing supporter of the Co-operative this situation disappoints and disturbs me because it reflects badly on the whole movement.

Michael forwarded one of the letters on to me that he received from Co-operative Energy. I can see how some customers might be panicked into paying money they do not actually owe, given the threat of bailiffs and the damage unpaid bills can do to your ability to get a mortgage.

It reads: “Despite our recent correspondence and attempts to contact you, an acceptable arrangement for payment of the arrears on your account has not been reached. Therefore it is essential that you make an immediate payment of £-451.459 within 14 days. Please do not ignore this letter, because continued non-payment from you may result in your account being referred to our third-party debt recovery agents.”

A spokesman for Co-operative Energy would not say how many customers may have received similar correspondence, only that “a technical error with our IT system recently led to reminder letters being incorrectly issued to a small number of customers. We would advise any customers who have questions about any reminder letters received to contact our team on 0800 093 7559.”

The company has now apologised to Michael and “issued an accurate bill which can now also be viewed on our online portal”.