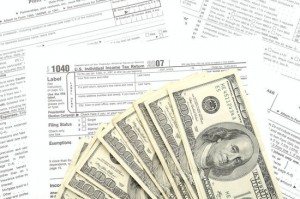 Taxes are one of those certainties in life. Everyone has to pay for something at some point and while many have grown accustomed to paying taxes that are considered to be normal, there are many that are a bit abnormal. If you feel that the taxes you pay are a bit outrageous, have a look at some that are nothing short of weird:

In Tennessee, USA there is a tax on illegal drugs. If you are caught buying these drugs, you can be forced to pay taxes. In fact, you have only 48 hours to report the fact that you have purchased illegal drugs and receive stamps that are to be affixed to those drugs.

The stamps serve as evidence to the state that you paid taxes on purchasing these illegal products. Of course, most who are buying drugs illegally are not going to offer this information readily and most of these taxes never get paid. Tennessee however understands that many people may be concerned about possible jail time in association with purchasing illegal drugs.

To solve this problem they do not require you to show identification in order to receive the stamps that prove you have paid taxes and it is against the law for a revenue employee to tell the authorities who you are. Even so, there have been only 79 people who have willingly paid these taxes since the law was enacted in 1990. 72,000 people were forced to pay the tax however after they were discovered and subsequently arrested for purchasing illegal drugs.

Peter the Great, Tsar of Russia, imposed many strange taxes during his tenure. He was most remembered for his taxes on beehives and drinking water but perhaps his weirdest tax was passed in 1705. Peter forced men to pay taxes for growing beards.

He felt that growing a beard and not being clean shaven was a sin and to pay for this sin, these men also had to pay taxes.

In Denmark there is a tax on cow flatulence. That’s right. If your cow passes gas then you will be taxed, up to £100 for each cow that passes that gas. The tax was enacted after the U.N. Food and Agricultural

Organization posted a study that showed more than 18 per cent of all greenhouse gases that cause global warming are linked to cow flatulence.

They took the study even further in Denmark and showed that one single cow can emit more than four tons of flatulence in a year as opposed to an automobile that emits just 2.7 tons in a year. Many feel that the tax on cow flatulence may become quite normal in the coming years.

Seeing these strange taxes may make you feel that your own taxes are not quite such an issue. While knowing that there are weirder taxes out there may not lessen the burden of paying your own every year, it may certainly give you a bit of comic relief in knowing that you are much better off than some people around the world.

This article was written by Nixon Williams, the UKs leading freelancing accountants serving freelance contractors, interim managers and consultants. Visit their website for more information about an IT contractor accountant for your business needs.