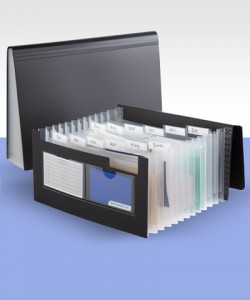 In late April 2012, the Australian Prudential Regulation Authority released figures indicating that Australians are now saving some $304 billion more than five years ago. That is, the total amount in savings accounts countrywide has surpassed the $550 billion mark, averaging at roughly $24,000 per inhabitant. When inquired about the causes of this new development in the Aussies’ spending habits, experts ventured to say that the uncertain economy (which comprises, but it not limited to rising costs for fuel and energy, the carbon tax and the depreciation of the share market) has driven many to save. And while that is good news, there is always room for improvement. We’ve collected tips available online from such experts, which will help you save even more money, as the economy attempts a comeback.

It rather goes without saying that the first step toward actually starting to save is to stop, or at least attempt to cut back on, expenses—especially those that are taking a heavy toll on your family budget. Such expenses include high interest rates on certain types of loans, such as credit card loans or mortgages. Mortgages on owner-occupied homes are a particularly delicate case, since the interest rates tend to be sky-high and should be taken care of as soon as possible. Once those interest rates have been paid for, make sure to cancel out the loan, or at least make an effort to reduce the limit on the loan, in the case of credit cards. The new credit card regulations, which came into effect on July 1, have switched over control on credit limits to holders, making it easier for you to take the right decision.

Secondly, if you can afford to go that extra mile where your loans are concerned, then you can definitely expect to reap some rewards for your mature attitude. This attitude simply translates into paying extra on your mortgage loan, your credit card debt or any other type of loan you may currently have open in your name. What is more, you can open up an offset account, specifically for offsetting debt. The extra money you’d be making (or rather saving) through the interest rate on that debt is tax-free, so you can think of it as a means to save and earn.

Only as a third point can one refer to opening a savings account – that it is, only people who are debt-free or will soon garner this status, can consider such an account. A term deposit account or an online savings account works great for people who are looking into accumulating money from the interest. However, the most important point here is to shop around thoroughly and paying great attention to the fine print. We found plenty of high-interest term deposit and savings accounts available online, at Bankwest (http://www.bankwest.com.au/personal/savings-term-deposits/savings-term-deposits-overview). However, consider yourself warned: at the same time, other companies are relying on those savers who just let the term roll over endlessly and never collect and attempt to lure them into opening accounts whose interest rates are nowhere nearly as advantageous as they’d like you to believe.

Last, but not least, it’s safe to conclude that term deposits are not for everyone, but for those who can score genuinely advantageous interest rates. And while there are plenty such offers on the market, it always pays to keep an eye out—both for the best offer that you are eligible for, as well as for interest rates, which may sometimes roll back to a lower threshold. That being said, if you’ve managed to work yourself out of debt, don’t hesitate to start saving as soon as possible: you’ll be thanking yourself sooner rather than later.