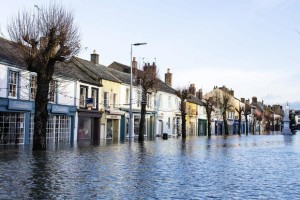 Reader hit by 1,300% insurance increase for a home that has never flooded

ALASDAIR BAXTER’S holiday home has never been flooded. But, last month, his insurer suddenly decided it was at “extreme risk” and raised the annual premium from £301 to £4,380 — an increase of more than 1,300%.

The 79-year-old retired law lecturer inherited the property in Glencoe in the Scottish Highlands, from his aunt in 1985. Despite being close to the coast and a river, he has always been able to get reasonably priced buildings and contents cover. He has switched regularly to keep down costs.

Yet last month Home Protect, which provides policies for Axa Insurance, wrote to Baxter warning that it had “recently introduced new flood information that predicts the risk of groundwater and flash-flooding alongside the more obvious risk of flooding due to the proximity of rivers or coastal areas”.

The letter goes on to say that “unlike some insurers, we remain committed to continuing to offer cover to you”. As well as the premium rise, there was also going to be a new “excess” specifically for flood claims of £25,000.

Baxter, who lives in Nottingham, said: “It’s hardly a commitment. You would expect insurance costs to rise if you make a claim, or if your property actually floods, but this is completely out of the blue. What is this new information they use? It is kept secret from customers.”

Storm Desmond – the clean up begins

Residents of the homes damaged by floods — some of whom have been hit twice in six years — are likely to see premiums rise. But Baxter’s story is the latest example of an insurer pushing up premiums regardless of any flood damage, and acts as a warning signal for millions of homeowners in this country.

Why are homes being reclassified?

Traditionally, flooding has been associated with properties close to a river or the sea. However, “surface water flooding”, which occurs when there is a significant downpour — as happened last weekend — can happen almost anywhere. It particularly affects built-up areas where water does not easily drain away.

Insurers have developed their own “flood maps” using computer models showing how floodwater drains, as well as using maps available from the Environment Agency. The insurers’ maps are not available to the public.

There are about 2.8m homes in England and Wales that could be affected by surface water flooding, according to the Environment Agency. However, data given to The Sunday Times by JBA Risk Management, one of the providers of flood models for insurers, shows that 3.7m homes are at risk — that is, an extra 900,000 properties.

Insurers are increasingly reluctant to cover homes deemed at risk of flooding because of the high costs involved, which can include providing temporary accommodation while any repairs are carried out. The average flood claim is typically between £20,000 and £40,000, according to the Association of British Insurers.

Baxter’s Scottish property is a three-bedroom Scandinavian-style wooden house built in 1950. His aunt, who bought it under Margaret Thatcher’s Right to Buy initiative in the 1980s, was its first resident and never reported any flooding.

Home Protect first insured Baxter’s property in December 2013. The annual cost was £286 and the excess £250. This went up the following year to £301, with the excess staying the same. The latest demand was for £4,380, which Baxter refused to pay.

Home Protect said: “We use many sources of information when assessing flood risk. The data we have recently started using indicates that his [Baxter’s] property is in an area at high risk of flooding, which is a view shared by other insurers.”

Using a local broker, Baxter was able to find another insurer for the property offering a more reasonable annual premium of £358. The policy, from Royal & Sun Alliance (RSA), covers both buildings and contents and has an excess of £100.

RSA said: “As one of the UK’s largest and oldest providers of home insurance, our wealth of experience through our direct products, broker network and affinity partners, ensures that we are able to offer competitively priced quotes in many areas that other providers cannot.”

Who is at risk?

The Environment Agency estimates there are 5m properties at risk in England and Wales. The Scottish Environment Protection Agency says there are about 108,000 in Scotland.

Of these 5.1m properties, about 500,000 are insured only because of a government commitment to spend enough on flood defences. Under an agreement between insurers and the government, high-risk homes will continue to receive renewals, but insurers are not obliged to take on new properties. Insurers can, however, ramp up the costs.

What is the government doing about it?

A new system will be implemented in April called Flood Re, which will create a pot of money that insurers can access to help cover flood claims. The scheme will be funded by a contribution from all home insurance customers, averaging about £10.50 per policy.

This will cap the flood insurance element of a policy at £210 for properties classed as band A or B, rising to £1,200 for band H properties, which include big country houses.

Homes built from 2009 onwards will not be covered. The industry says this is to avoid incentivising “unwise building” in known high flood-risk areas. Commercial properties, including buy-to-let properties, will also not be included by Flood Re.

If you feel you have been unfairly treated by an insurer you can take your grievance to the Financial Ombudsman Service. It receives about 350 complaints about buildings insurance a month, about half relating to damage caused by bad weather.

The Environment Agency and Scottish Environment Protection Agency have free online maps to help you assess your flood risk, but there is no guarantee your insurer will agree. See knowyourfloodrisk.co.uk — which uses the same data as insurers — for more detailed maps, at a cost of £24. Other providers include Landmark and Argyll Environmental.

What should I do if my home floods?

■ Contact your insurer for advice and to get the claim moving.

■ If necessary, arrange temporary emergency repairs to stop any damage getting worse. Tell your insurer and keep any receipts, as this will form part of your claim.

■ Do not be in a rush to throw away damaged items, unless they are a danger to health, as these may be able to be repaired or restored. Contact your insurer for advice.

■ Remember that it can take weeks, sometimes longer, for a property to fully dry out, so do not be in a rush to redecorate.

■ Grants of up to £5,000 are available to help make your home more flood resilient. The money is handed out by local authorities in flood-affected areas. Among the measures are replacing doors and windows with water resistant alternatives, and moving electricity sockets up to a safer level. A discount on council tax bills is also available for those who must live in temporary accommodation due to flooding.

■ For more information call 01299 403055 or go to the National Flood Forum website (nationalfloodforum.org.uk).