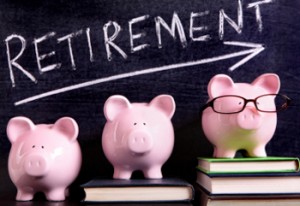 People who have decided to secure a future income by purchasing an annuity may be worried about the impact of the European Court of Justice’s (ECJ) ruling last year (the ‘gender directive’) that insurers can no longer take gender into account when calculating the cost of people’s premiums, including annuities.

The annual income you can purchase varies depending on a number of factors, but mostly on the size of your pension pot – and until 21 December 2012, these factors also include your gender.

Presently, annuities are 5-8% cheaper for men because their life span tends to be shorter than that of women.

So how does this affect retirees?

Men could see an estimated 3 -4% drop in their annuity rates, and women could see theirs rise by approximately 1-2%.

However, this shouldn’t encourage men to rush into buying their annuity in the hope of getting a higher income, because an annuity is a lifetime investment.

And similarly, women shouldn’t necessarily wait until after the directive is enforceable to purchase theirs either – because it is vital that they consider what income they might miss out on while they wait.

What’s the best thing to do then?

The moral of the story here is that you should do your research and take an income when you need to, considering a range of income sources, for example income drawdown, where cash remains invested in the stock market, but regular withdrawals occur.

This is simply because it’s very difficult to tell what the rates will be after the gender directive officially comes into play.

Speak to an expert (or, equally, any regular Joe with their head screwed on), and they’ll tell you that it’s vital that you shop around the open marketto find the best rate available.

It’s also vital that you are completely honest with your provider about any medical or lifestyle issues (e.g. smoking), because this could increase your income – for example, even relatively minor conditions like high blood pressure can mean that you qualify for an enhanced annuity, which in turn will mean that you could receive much as 40% more.

If you’re bewildered about your retirement income options, then you should visit somewhere like mypensionexpert.co.uk for advice as to what the best option is for you.