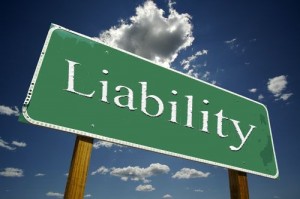 If you think the growing compensation culture in Britain is a copy of the United State’s notorious legal system, think again. Insurance company, Aviva has researched numerous personal injury claims dating all the way back to the mid 1800’s, and what they discovered was a series of successful (and often bizarre)claims made by people from different backgrounds. Some of the cases include: falls caused by croquet hoops, bites caused by fish, and even eye injuries resulting from popping ammonia stoppers.

Not too long ago, Justice Minister Jonathan Djanogly attacked referral fees involved in personal injury litigation as causing more and more people to make ludicrous claims just to make money. The government has taken some steps to remedy this growing trend by making claimants pay for their own legal expenses whenever they hire solicitors under a no win-no fee contract.

However, Aviva’s study indicates that such frivolous claims are nothing new, and have actually been around long before the no-fee legal deals. Aviva’s researchers even found several cases of self-inflicted and obviously ridiculous claims that would be worth thousands of pounds in today’s currency.

– In 1904, a salesman accidentally hit his head on a pole as he watched an accident from atop a tram. He was compensated the modern equivalent of 401 pounds.

– In 1878, a grocer who came from Lancashire slipped during a game of Blind Man’s Bluff. He was paid the modern equivalent of 724 pounds.

– In 1886, an artist fell down due to an unexpected gale of wind. He was paid the modern equivalent of around 1,796 pounds.

– In 1878, an innkeeper from Birmingham was paid the modern equivalent of around 48,000 pounds when he accidentally ingested poison after mistaking it for sleeping medication.

– In 1895, a man was compensated the modern equivalent of 2,575 pounds after he hurt himself jumping out of bed.

Although these cases may seem ridiculously absurd, they actually foreshadowed today’s no win-no fee claim farmers, most of whom look for people who may have suffered accidents or injuries in public places. But even this is nothing new. At the start of the last century, a bank clerk was reported to have slipped on a fruit peel and was compensated with the modern equivalent of 8,901 pounds.

Aviva has recorded numerous similar incidents involving banana peels as well as other ridiculous and almost comical claims. Given the gravity of personal claim litigation, it’s almost hard to imagine that this type of practice had been around for more than century.

There are many companies now that legitimately take care of claims, consider checking out accident at work claims by first4lawyers for example.

Despite this trend though, people who made ridiculous claims only represented a small, but vocal part of the population. It’s worth noting, for example, that Winston Churchill had reportedly bought an accident policy in 1896 while serving in his regiment. The policy continued until his death in 1965, but Churchill never made a single claim.

Do you know someone who has made a ridiculous claim… and won? What do you think about the growing compensation culture that’s currently growing in Britain? Do you think the government should try to regulate it? These questions are most likely to become more interesting in the foreseeable future.