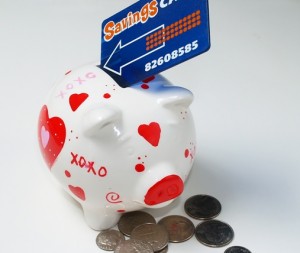 Do you worry about your finances? Try asking this question to anyone from anywhere around the world, and you will hear a unanimous answer, which is “Yes”. Regardless of the living status, it is a person’s nature to complain about money. For almost always, people would always have something to splurge on. No matter if they are small or big things, the issue lies on the fact that people, most of the time, spend more than what they earn. And what adds to the problem is that they just sit and whine without doing anything to solve it.

Incahoot.com, a UK-based group-buying website, conducted a recent survey and revealed that more than half of Britons have expressed their growing concern on how they should spend their money in order for them to still be able to save something out of it. Most of them turn to their partners, friends, and families for consolation, but sometimes they still end up squandering on little luxuries.

Research showed that despite the rising costs of today’s market, the one thing that people could not and would not give up on is their mobile phone.  Communication is an important factor of our everyday life, and the best and most convenient way to achieve this is to own a mobile phone. On the other hand, they believe that they are spending too much on cable, electricity, and gas.

Now as the news went public regarding the price tag inflation of wholesale energy, people have grown wearier knowing that this will really eat up a big chunk of their monthly income. However, none of them has ever thought of switching electricity suppliers. They said that they don’t want to go through so much inconvenience, hassle, and confusion considering that there are many tariffs to choose from. By doing this it will not only cost them their time, but also money which they are already trying to save to begin with.

This research was launched in line with “Incahoot’s Stop Moaning Campaign”, which is a country-wide drive to encourage UK’s end users to stop moaning about their finances, and instead take charge of them. Using Incahoot’s free Concierge Service, members are able to save up to £1,168 a year by shopping around for the best deals on their household bills. Consumers who are looking to change providers can just simply send a copy of their energy, mobile, home broadband, and cable bills, and Incahoot will work out how much they can save. They can even help you make the switch, too. Apart from that, for you to ensure that you stay out of debt, you can also visit debt free direct today at www.debtfreedirect.co.uk.