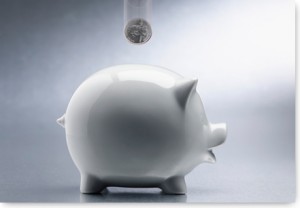 Most loans are for essential, or at least conventional reasons, which can range from helping to pay for a home, through to buying a new car. At the same time, loans can be taken out to pay for holidays, weddings, and other major events that require a short term amount of cash. However, there are other kinds of loan requests that push the boundaries of what counts as a necessary form of borrowing. Some of the more unusual reasons for wanting a loan consequently include everything from plastic surgery to unusual hobbies, cryogenic freezing and robot building. These reasons, and many others, are discussed below:

One of the more common reasons for applying for a loan, unsecured deals are often set up to cover nose jobs, fat reduction, or an otoplasty Denver way or wherever their location, as well as many other types of surgery that can produce thousands of pounds of expenses for borrowers.

Many hobbies tend to produce requests for loans, most often to cover an important purchase, or to attend an important collectors’ convention. Some of the more expensive hobbies to take out a personal loan for include toy cars, stamps, and rare antiques, which can generate the money to pay off loans and interest through reselling.

While most home renovations are intended to boost the value of a property, others are slightly more specialist. These include decking out a room to resemble the U.S.S. Enterprise from Star Trek, or for adding games rooms and arcade machines.

While the merits of cryogenic freezing are still to be tested, the cost of freezing your body after death has been enough for people to try to take out a loan to cover it. The benefits of doing so have yet to be confirmed, however.

Amateur builders have tried to get a loan to build their own robots, with most of the costs presumably being for parts.

Taking out a loan to pay for gambling doesn’t seem like the most sensible financial strategy, but does occasionally happen as a way to at least, theoretically, cover future repayments through winnings.

The importing and care of exotic animals can generate the potential to recover loans through breeding and selling on. Other animals, like camels and stallions, as well Bengal tigers, can represent more significant loans.

Turning a cave into a working home might not seem like the most practical of ideas, but it has been one that an optimistic borrower tried to set up, with the expectation that the new cave home would have some resale value.

A collector of knight artifacts allegedly once tried to get a loan to buy a full suit of armour. Whether or not they actually managed to receive their armour is unknown.

One of the more common, but still unusual, reasons for applying for a loan is to pay for an overseas bride, with costs including transport and fees.

Author Bio: Liam Ohm is a blogging enthusiast with a particular interest in the finance industry. He highly recommends visiting GBP Loans for a great selection of loans to suit everyone.