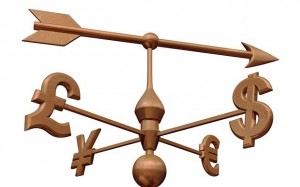 It now seems likely that, after endless wrangling, Washington politicians are within reach of a compromise. Both sides of the House appreciate that it would be wrong to put the Great American Public at risk for stubbornly ideological reasons. The Democrats will not challenge the right to bear arms as long as the Republicans will accept controls on individuals’ possession of grenade launchers and tactical nuclear weapons.

There are also signs of compromise on that other matter which so engrosses America; the fiscal cliff from which the US economy would tumble next year without a new budget deal. President Obama’s concession is to raise, to $400k, the level at which top-rate income tax kicks in; his previous demand was that it should start at $250k. At the same time Democrat leader John Boehner proposes increasing the top rate of income tax rate from 35% to 39.6% on net incomes of more than $1m. There is still an obvious gap there but, as somebody once said about something, the tectonic plates are moving.

But that’s just about all that is moving in the pre-Christmas lassitude that has fallen like a blanket across the FX market. With the exception of the South African rand, which strengthened in the last 24 hours by 0.6%, currency movements were of the order of 0.2% or less. That is the equivalent of sterling strengthening by a third of a US cent (which it did). The euro, the franc, the yen and the Canadian and Australian dollars moved by only half that much.

Monday’s ecostats offered nothing to gee things up. The only even vaguely interesting statistic was the New York Federal Reserve’s manufacturing index, which deteriorated by three points to a remarkably precise -8.10. Euroland’s balance of trade and Canadian and US international investment flows passed by without comment.

Britain is today’s biggest contributor to the fund of global economic knowledge. In a barrage at half past nine come (deep breath…) the consumer price index, the retail price index, the producer price index (manufacturers’ costs and factory gate prices) and the DCLG house price index. The Bank of England’s Quarterly Bulletin, which discusses the impact of the Funding For Lending Scheme and the Asset Purchase Programme, is already out.

The only US datum of any note is the NAHB housing market index, a barometer of confidence among house builders. There is nothing from Canada or continental Europe. Japan’s trade figures for November come out tonight.

With the obvious exception of that plethora of UK data there is nothing on today’s agenda with the potential to excite the market. If sterling can make it beyond ten o’clock without any hysterics there ought to be nothing else to distract investors from their internet shopping.