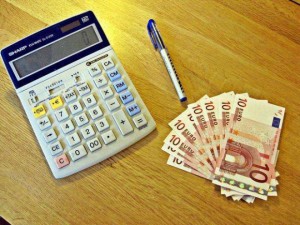 As a mum, and I know most parents will agree with me, there is nothing that takes precedence over the safety and comfort of your children. It was winter, and the boiler chose now of all times to fail- repairs were needed, but they were costly and I didn’t have enough to pull out. As bad as this situation was, by myself, I would have probably found some way to get by. However, when you have kids, getting by is something that turns into a last and final resort after all options are exhausted.

Thankfully, I had one of those options left, which I’ve been hesitating over for quite sometime, but, like I said, having children just gives you that slight push that was required. That option was taking out a loan, something I’ve considered in the past but was hesitant to do so unless going with the bank route. Admittedly, the bank route is still a bit intimidating because off all the in-depth checks they do- one toe out of line and you lose your chance of a loan, and it took too much time. I found my way out in guarantor loans, which had less checks and were a lot more flexible in terms of approving loan applications. Most importantly, the process was as quick as I needed it to be, and I would not have to wait for the end of winter until I got my loan to repair the boiler- for winter. I had my sister sign on as the guarantor. Not only was I 99% sure that I would be able to pay the loan back with no problems, but on the 1% chance that I would not be able to, she would not hang me out to dry. It all took me the entirety of an afternoon to get everything set up, make some last minute decisions and to make a final confirmation of whether or not I could handle the loan. Fast forward to after my boiler had been repaired, and I ended up not having to spend the rest of the winter as a popsicle- most importantly, my kids are fine and we did not have to give up too much just for us to make it through the season. It won’t take long for me to pay off my loan, and thanks to all of this my kids and I were able to get out of that jam unscathed.