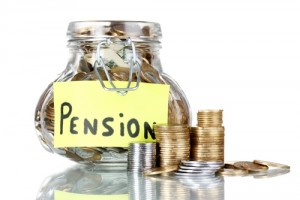 Money and divorce have become almost synonymous over recent times, with the financial implication of divorce becoming one of the main worries for people going through divorce proceedings. In the UK at present there are around 110,000 people being granted a divorce each year and, due to this, now is the perfect time to discuss the topic of finance and divorce in order to ensure that you get exactly what you are entitled to from your separation.

A divorce is a tragic time for any couple or family, but sometimes it proves to be simply unavoidable for a large variety of reasons. When obtaining a divorce, it is important to ensure that the settlement is as amicable as possible and is suitable for all involved (or as much as it possibly can be depending on circumstances). If mutual agreement cannot be found independently then it may be best for both spouses to consult a lawyer in order to establish their legal entitlement and ensure that each party gets exactly what they are eligible for. Nobody wants to be ripped off, especially from a divorce! Although often frosty and impersonal, sometimes lawyers are simply the best result for each party.

Financially speaking, modern divorce law states that reasonable financial provision must be provided for both spouses in the divorce settlement. By finding the right divorce lawyer for you, such as doing your research for denver divorce attorneys, or attorneys wherever your location may be, you can save a lot of added stress to an already strenuous situation. This is true even if one person has far less in terms of assets than the other. Such “financial provision” extends to all aspects of marital life including joint assets and individual ones. Factors such as mental and physical health are also considered as well as whether any children are involved and any financial cost they may provide.

In 2002, the Guardian reported that “thousands of wives are missing out on their share of a valuable asset when they divorce”. The “valuable asset” they were referring to was pensions and pension sharing. In the last year alone, the Telegraph reports that we have seen an 11% rise in couples sharing pensions after their divorce and this is a number that is expected to rise further in the coming years as the issue becomes more widely acknowledged and discussed.

Companies such as PWMS offer Pension sharing after divorce and expert advice should always be sought on monetary matters during divorce proceedings.

There are a number of reasons why pension sizes in marriages may vary. For example, if one person in the marriage had taken time away to pursue an alternate career or was absent from work because of childcare responsibilities then they may not have been paying into their pension pot and thus will have less than the other spouse. It may be that this spouse is owed money by the other through the divorce.

Due to imbalances in pensions between spouses, pension sharing has become an increasingly vibrant subject, and there are now a number of ways that pensions can be split during divorce proceedings. It is vitally important that you check what you are entitled to before you sign your divorce proceedings; otherwise you may miss out on something that is rightfully yours!