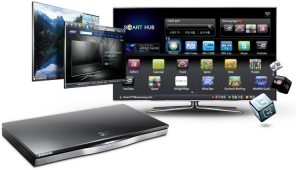 Given the excessively fast rate of delivery of consumer technology today, it’s hard to see through the shiny surfaces and colourful screens and actually tell yourself that you don’t actually need any of this stuff.

New surveys have shown that while marketing persuades millions of us to buy new technology every year, the gadget itself is hardly used during its lifetime. This applies to certain video games, too.

This guide has been written to show you how you’re wasting your money by allowing yourself to be sucked into the hype of new technology.

According to a survey taken out earlier this month, things like Sat Navs and Blu-ray players, which are marketed as ‘must-have’ devices whose absence will turn you into a befuddled old dinosaur, are used only a handful of times after purchase.

For instance, Blu-ray players are used on average 12 times by new owners, which works out at about £5.71 every time it’s turned on.

This shows that once the novelty of these items wears off, the cost can increase massively without you realising it.

However, low rate of use isn’t the only cause of new gadgets costing the user far more money than anticipated. The gadgets being sold in tech stores today across the world have many hidden costs that come with them that have a tendency of creeping up on you unawares and hurting your wallet very badly in the process.

A study earlier this year showed that households that didn’t switch their technology off properly when not in use were overall costing the country a staggering £1.3 billion a year.

The study has called for renewed attention to be paid to researching more energy-efficient ways of powering appliances, which seem to take up most of household electricity and energy use.

There are, of course, exceptions. Don’t go Googling ‘sell iPad’ just yet! According to the same survey, it was revealed that new owners, on average, used the iPad about 200 times since purchasing it.

There is a difference, of course, between tech you are going to need and use, and tech that has been sold to you on the premise that you will use it all the time; but of course, some things work on paper, and don’t really translate to real life. You have to be realistic at the outset when you’re paying for such new gadgets.

It just takes a little responsibility and realism to work out if you’re ever actually going to use that new ice-cream making machine more than just twice. Think things through before you start getting ready to sell stuff online.