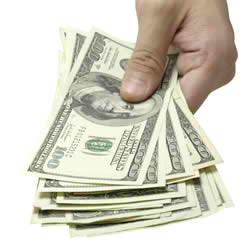 Sadly, a lot of us have probably been in the situation where we’ve thrown a pair of jeans in the wash only to realise you hadn’t emptied your pockets before doing so. Not only has the tissue that was in there disintegrated and got itself all over every other item of clothing but more annoyingly, you’ve discovered that you’ve left a £20 note in there too which has been ruined to the point that no retailer is ever going to accept it. Well the lovely folks at the Bank of England have come up with a solution. Plastic banknotes. After using cotton paper for over 100 years it’s not the only reason behind making this switch, which is planned to start in 2016 at the earliest, so what other reasons are there for turning all the money in our bank accounts plastic?

Having plastic notes isn’t something new. 20 countries across the world have already adopted the plastic note, including New Zealand, Mexico, Singapore and Mauritius. Canada is also included in the list after the former governor of the Central Bank of Canada and now governor of the Bank of England, Mark Carney introduced them. It’s not even the first time plastic notes have been seen in the UK. Back in 1999, the Northern Bank of Northern Ireland issued a similar note to celebrate the millennium but it failed to take off. In 1983 the Isle of Man also issued plastic notes but had to withdraw them due to issues with the ink. So why are we turning to plastic now?

The Bank of England has put a lot of thought into their decision, with over three years of research into the impact the change could have, including talking to nearly 13,000 members of the public and asking their opinion. The Bank agreed to only proceed if the public were happy, which it seems they are, with reactions to the new notes appearing very positive. 87% of those asked about the new bank notes said that they’d be happy for the new polymer notes to be introduced.

The National Crime Agency has also welcomed the move as the way in which the plastic notes will be made should have a positive impact on fraud. Special windows in the design can be used to improve protection against counterfeits and the new notes have plenty of potential for extra security features to be embedded. Other countries, such as New Zealand who already have plastic notes in circulation, have reported a big fall in reported counterfeit cases.

The notes are thin and flexible and will be a lot smaller in size, making it much easier to fit in your purse or wallet. They’ll be a lot cleaner as any spills or germs can simply be wiped off. Perhaps the biggest positive surrounding these new notes, however, is the effect that they will have on the environment. Though initially the notes will cost more to make and will have a damaging effect on the environment during their production, the fact that the notes last for 2.5 times longer than our current paper notes – current £5 notes last an average of just one year – will mean that we see positive changes in the long run for both the environment and in monetary terms, how much we pay the taxman. Current notes when unfit for use are shredded up and often end up in compost but these new plastic notes will be more recyclable and could potentially be used in the creation of a new form of bio-diesel. Alternatively, they could be made into nice little plant pots for the garden.

The new notes however won’t come without their problems. Those trying to get their hands on the money using a debit card or credit card at a cash machine may struggle as it seems it will be a slow process introducing them to ATMs across the country.  Also, though they come with the benefit of being waterproof, the new notes will still melt under extreme heat, so where you may have escaped the dangers of the washing machine, you’ll still have to check your pockets so you don’t melt your money with the iron. The small percentage of people asked who objected to the new notes complained that they bounced back when folded and were too slippery. Well at least it’d make things harder for pick-pockets.

Thanks to http:///www.commonsensestyle.com for the article.