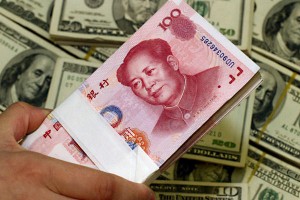 Now recognised as one of the world’s largest economic superpowers, whatever data comes from China about its performance on a monthly, quarterly or annual basis is immediately seized upon by the markets. The latest set of statistics to come out of the country reveals that despite some impressive figures, there is a little cause for disappointment.

“Although recent Chinese data has been stronger than anticipated, the latest GDP result fell within general expectations of +7.9%..”. The fact that growth has slowed a little could cause a few nerves in China, although there are positives to be gained from continued strong growth.

Aside from GDP figures, the latest statistics for retail sales in China were also made public. December proved to be another strong month for consumer spending in the country, with monthly retail sales increasing by 1.53% last month, up from the 1.47% rise recorded in November.

The year-on-year change projected by analysts suggested that compared to December 2011, sales growth would be 15.1% higher, but the actual figure showed another slight upward revision at 15.2%. These sorts of figures are commonplace in China.

Overall, 2012 saw retail sales increase by 14.3%, down on 2011’s 17.1% year-on-year growth. However, consumer spending remains strong as disposable income of many Chinese people grows alongside GDP, so there’s a strong likelihood that consumer spending could continue to grow rapidly well into 2013.

John I. is an IT service professional with extensive experience in Business Management, Business Analysis, and Solutions Consulting. With a proven background in business strategy he has worked on behalf of Britain’s biggest companies Visit: financial-chaos.com and financeblognews.com