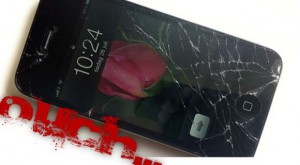 Recently I purchased a tablet from a top brand and pretty quickly it was integrated to being a pivotal part of my everyday life.  Whether it was saving me from running up and down the platform for a paper to read on the train, or helping my keep on top of emails in between meetings on the move – the tablet made my life that little bit easier.

Until it went missing somewhere between Moorgate and Barbican that is.

At this point, not only was there the panic that I was logged into emails, I also realised I had no gadget insurance – something I have come to regret.

How much are you paying for gadgets?

The tablet in question originally cost me just over £300, a present to myself to make the working day easier and the evening commute a little more enjoyable with films I’d never been able to watch.  Without gadget insurance that was £300 down the drain that I could do nothing about.

For around £6 a month I could have insured up to £750 worth of gadgets – which would have covered my phone and eBook as well, although using the latter became less relevant with the tablet.

For the four months I had the tablet gadget insurance would have been £24 – with an excess for claiming I would have been back to working my way through the latest series of Dexter for under £50, instead of saving what I could for the following months to get my tech life back on track.

What are you doing with them?

Although the makers of gadgets claim their product can withstand some of the harshest environments on the planet, the reality is very different – just think of how many people you’ve seen on the train with cracked smartphone screens.  Someone with insurance could have this mended.

Now, I lost my tablet out of negligence, which would have been covered under accidental loss.  However, if you’re on the move more than I am and there’s a greater risk of seeing your gadgets – whether it’s a phone or camera – run into a bit of wear and tear. Accidental damage can cover for any mishaps you might have.

Make sure they are insurable

I’d strongly recommend putting just the smallest amount of money a month towards insuring your technology – it definitely pays to be prepared.

Keith Hodges is a financial journalist writing for whatismoney.co.uk offering advice and tips for people looking to make the most of their money.