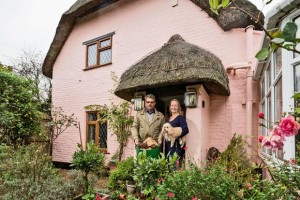 Your premium may rise if you fit a wood burner

ABOUT 200,000 wood-burning stoves were installed in British homes last year, and the number has more than doubled in just five years. But do insurers love them as much as their customers do? Sadly not.

Homeowners considering installing a stove in the hope of cutting energy costs, or simply to enjoy the cosy feeling of the warm glow in their living rooms, could face soaring insurance premiums, judging by the experience of one Money reader.

Nigel Stevenson, 58, a company director, had open fires in the living room and dining room of his home in Great Mongeham, near Deal in Kent. He considered them to be potentially dangerous.

After he replaced the fires with new wood-burning stoves, his insurer, NFU, raised his premium by about £150 a year for each stove — on top of the £2,160 he already paid for cover on his thatched cottage.

“I had the chimneys lined and the stoves installed by a fully qualified engineer. I went for every fire safety measure available. So I was furious when NFU said my risk had increased, without even visiting the property or inspecting the workmanship,” he said.

NFU takes the view that stoves are a considerably higher risk than open fires and prices premiums accordingly.

“Stoves burn at much higher temperatures than open fires, so there is a greater risk of fire, particularly when it comes to thatched properties,” the company said.

What about other insurers?

So are stoves a serious fire hazard or are insurers simply cashing in on the growth in sales over the past few years? The Stove Industry Alliance (SIA) says annual sales rose from 76,000 in 2010 to more than 200,000 last year.

The government’s most recent fire statistics do not point to any surge in domestic fires. These have fallen by half since 2001 to about 39,600 a year, according to the Department for Communities and Local Government.

Of the 35,000 domestic fires started accidentally in the year to March 2014, 62% of them — almost 22,000 — began in the kitchen, although chip pan fires have fallen sharply. About 3,000 began in bedrooms, with about the same number flaring up in the dining room or living room combined.

The number of callouts to domestic blazes involving stoves, chimneys or open fires was too small to be recorded in the government’s statistics.

This probably explains why not all insurers are panicking about stoves, with some seeing no need to penalise owners, not even those who live in thatched properties.

The AA, one of the country’s largest brokers, said most members of its panel of insurers would not ask applicants whether they had wood-burning stoves in their homes and would not “load” — that is, increase — premiums if customers volunteered this information.

Ian Crowder of the AA said: “Thatched properties are a specialised field. In this case, one or two of our insurers may ask more questions. But there are no premium loadings. We may ask that the chimney is swept once a year, but that is as far as it would go.”

Annie Plaskett, a manager at Towergate, said many more people live in non-standard-construction properties than is realised.

Those that might be considered non-standard include valuable homes, older or listed dwellings, particularly those of special historical interest, and homes located within conservation areas.

Eco-homes, including those with solar panels and wind turbines, might also require specialist insurance, as well as those in flood-risk areas.

Aviva said it would not question or increase premiums for anyone living in a standard or a non-standard home — unless it was thatched. These customers should expect to see premiums rise if they install a stove.

Similarly, Direct Line said it did not ask about stoves for standard construction properties. However, the use of an open fire or a stove could affect the premium it would charge on a thatched property.

“If you want to install a stove and you don’t like the price your insurer is quoting, shop around. You may find something cheaper,” said Powell at Defaqto.

So is it still worth installing a stove?

The Stevensons consider their new stove safer than fireplacesA basic room stove starts at about £400, according to the SIA, but you can pay several thousand pounds for a more powerful or sophisticated model.

You may simply want to heat one room, or it could be used to drive your entire central heating system.

But installation costs are significant. You may need to open up a chimney, have it cleaned and build a hearth. To maximise operating efficiency you are likely to be advised to have the chimney lined, which involves dropping a lining down from the roof. This can cost up to £2,000.

It is not a job you can do yourself. Insurers require stoves to be installed by HETAS-approved professionals in accordance with strict manufacturer’s guidelines, compliant with Part J of the building regulations, which covers heating systems.

HETAS is the government- recognised register of competent installers. Using an installer not approved by HETAS will invalidate your insurance cover.

Insurers will insist the stove is sited the correct distance from any combustible material and may have particular concerns about inglenooks that hold large quantities of wood.

The chimney will have to be swept at least once a year to prevent a build-up of smoke residue and resin, which can catch alight. Some insurers require cleans every six months, or more frequently.

Dennis Milligan of the Stove Industry Alliance said: “Damp wood may hold water. That creates steam, which can be much hotter. Similarly, never burn any wood that has been painted or otherwise treated, for example with varnish. This can lead to nasty reactions.

“A smokeless-coal stove flue can be cleaned once a year and a semi-smokeless twice a year, but a stove or open fire burning logs needs to be cleaned four times annually to guarantee safety.”