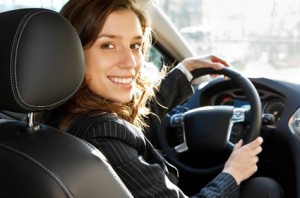 Drivers have faced a tough year this year as changes to the insurance industry and the rising cost of living take their toll. But what were these changes and how will they affect you?

The European Court of Justice ruled last year that as of 21 December 2012, insurance could no longer be calculated with the policyholders’ gender taken into consideration. This ruling has meant that some motorists have faced drastic price hikes as insurance companies attempt to redress the balance for both sexes. So what does this ruling mean for you?

The ruling will have an effect on anything from car insurance to annuities. In particular though, female motorists should prepare themselves for an increase in their premiums of up to 25% after 21 December this year, although it is likely they have already started to feel the pinch as their insurer has adjusted their policy in preparation for the cut off.

Office for Fair Trading (OFT) is planning to investigate the car insurance industry due to rapid increase in the cost of insurance in recent years, which has, according to the Towers Watson price index, risen by as much as 12% in Britain.

Other factors up for scrutiny in the OFT’s investigation include third-person vehicle repairs and the provision of courtesy vehicles.

However, rather than waiting for things to change, we as motorists and individuals can take measures to reduce the cost of our premiums. For example, those reading this who live in Ireland can use 123.ie to look for a cheaper policy.

The initial stage of the OFT’s investigation have outlined that it has adequate reason to further investigate Britain’s private insurance sector.

Scheduled to conclude in the spring this year, the investigation, which has been given a warm welcome by the Association of British Insurers (ABI), will be handed over to the Competition Commission if it is deemed that insurance providers are not serving customers with their best interests at the forefront of their operations.

When this article was published, the price of unleaded fuel for one litre was 132.52p, while diesel was 141.09p. These prices were set to increase by 3p the following month and another 2p in August.

However, the cost of fuel is expected to drop slightly, with the government having pledged to negate the 3p price rise that is set to occur in January.

If you haven’t heard of the term ‘telematics’  before, then it is a black box system that controls a driver’s driving habits, such as acceleration and breaking.

This system has been installed by some car manufacturers to help drivers lower the cost of their insurance, as it transmits data back to insurance companies to help them determine premiums.

While the technology is said to be beneficial for drivers of all ages, it is being particularly targeted towards younger drivers, with some systems even featuring a curfew, whereby the young driver will be fined if they continue to drive past the curfew cut off.