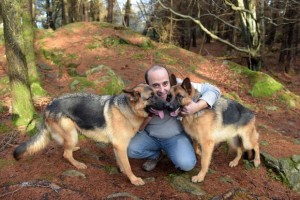 A PET is for life — not just for Christmas. The slogan was coined almost 40 years ago by the founder of Dogs Trust, a British charity, to discourage parents from buying pets for their children over the festive season. Those who refuse to heed this advice run the risk, not just of their offspring losing interest in the new arrival, but of the growing expense of insuring the pet.

Around a third of Ireland’s 1.7m households have a dog, three times more than keep a cat. But the growing ranks of pet owners are finding that insurance premiums are climbing, especially as their pets age.

Thanks to medical treatments ranging from hip replacements to chemotherapy, pets are surviving injuries and diseases that would have led to death or euthanasia not too long ago. Advances in veterinary medicine are pushing up the cost of claims, which some insurers are passing on to customers in the form of higher premiums.

Maeve Slamon, operations manager at Blue Insurance, which controls about a fifth of the market with its Petinsurance.ie unit, said claims for veterinary bills average €750 and are rising each year. Blue Insurance, which increased average premiums by 20% in 2014, said there are concerns some vets are recommending more expensive treatments when the pets’ owners have insurance.

Pet obesity is a growing part of the problem, affecting abouta third of pooches and a quarter of cats. Insurance providers such as 123.ie won’t pay out for vet bills arising from weight gain unless it is the result of a diagnosed illness.

GROWTH INDUSTRY
Pet insurance is designed to take some of the financial burden off owners if a pet suffers an unexpected illness or accident. While an annual check-up typically costs €45-€60, and is not covered by insurance, treatment for specific conditions can cost thousands of euro.

Insurance has become big business as more pet owners come to regard their feline companions and pampered canine as members of the family. For many years, Allianz was the only provider of pet cover but there are now four players and Insurance Ireland estimates that 6% of pets are insured. Blue Insurance has seen 20% growth a year since it entered the market in 2010, according to Ciaran Mulligan, the managing director.

“Pet insurance is the fastest-growing product for us in the UK and one of the fastest growing in Ireland,” he said.

OLD AND YOUNG DOGS
Premiums depends not just on which policy an owner choses but also on the animal’s breed, size, and age. They usually rise with a dog’s age because the risk of illness increases, Mulligan said.

According to an online quote from 123.ie, it would cost €258.89 a year to insure a five-year-old Yorkshire terrier. But the same dog at eight years of age would cost €418.26 a year if it was not insured previously with 123.ie.

Other providers won’t accept dogs of that age for new business: the cut-off age for insuring dogs is eight at Blue Insurance and at Allianz, and five at Petinsure.ie.

As long as a pet has had cover with the same company before the age threshold, it can still be insured but at a higher cost and with a higher policy excess — the portion of a claim that must be paid from a pet owner’s pocket before the insurance kicks in. For instance, at 123.ie, the excess on a claim for a dog under the age of eight is €69. But after that, policyholders will have to pay the €69 plus an additional 15% of the premium.

Pet owners can try to reduce the premium for an aging pet by increasing their excess, according to Fergal O’Leary of the Competition and Consumer Protection Commission.

“Some insurance companies are open to negotiation on the premium if you raise the excess, so people can try to haggle,” he said.

Blue Insurance plans to introduce a new premium structure in 2016 that will offer discounts to owners of breeds that have fewer claims. In the long run, owners of breeds known to have a higher rate of congenital conditions may not be able to get insurance at all, Mulligan said.

Allianz offers cover for most of the 11 breeds whose owners are subject to additional restrictions under dog control regulations, such as keeping their pet muzzled and on a short lead in public places. However, like 123.ie, it won’t insure breeds such as American Pit Bull Terrier or the Japanese Tosa.

IS PET INSURANCE WORTH IT ALL?
Not according to pet owners who have opted to “self-insure”. This involves saving the money that would have been used used for pet insurance to build a fund for future medical treatment.The risk is there won’t be enough money in the fund to cover an emergency surgery.

Paul Barry, who owns Pedigreedogs.ie, a platform that connects would-be dog owners with reputable breeders, decided not to insure the five dogs he’s had for the last 13 years.

He was fortunate enough to have €2,700 to spare to pay for spinal surgery after one of his Dachshunds ruptured a disc three weeks ago. “We now have a healthy dog and an unhealthy bank balance,” Barry said.

FOR
Nanci Creedon, a canine behaviour consultant from Cork, is relieved she had insurance with Allianz after having to claim about €11,000 for surgery, medication, and scans for two dogs.

Hamish, a collie mix breed that Creedon fostered from a rescue shelter, was diagnosed with bilateral osteochondritis dissecans, or inflammation from a diseased cartilage, in his shoulder joints. Allianz paid €4,500 for an operation in Ireland that required the injection of stem cells cultured in England.

“From working in the industry and going to the vet, I know how costly treatment can be,” she said.

The 30-year-old, whose father is RTE broadcaster John Creedon, runs Creedon’s Doggie Day Care in Cork city and Creedon’s College, a provider of courses for the animal care industry that she plans to expand to Dublin, Limerick and Galway.

While Hamish survived, Creedon was not so lucky with Bella, a Siberian husky who died two years ago. Because Bella had started to suffer from seizures and Creedon couldn’t get a diagnosis in Ireland, she made an appointment to see a specialist neurologist in London. Allianz covered the costs of the consultation, MRI scan, medication and a spinal tap, as well as the cost of travel and accommodation. Including previous vet consultations, Creedon had claimed €9,500 in all for Bella from Allianz. The dog eventually had to be put down two years ago because she was in pain from her condition, which a vet friend of Creedon’s suspects was an extremely rare disorder called paroxysmal dyskinesia.

“Bella was the best dog in the world,” she said. “But if I didn’t have pet insurance, the whole story could have been worse.”

AGAINST
The first working day after Mark Feldman brought home Jupiter, a German Shepherd, he took her for a vet check-up to ensure she was healthy and to register her microchip with Fido.ie, which offered him six weeks’ worth of free insurance with Allianz.

Because Jack, Jupiter’s brother, was also insured with Allianz, Feldman called the insurer to request cover. The following month he rang Allianz again because he hadn’t received a policy. The insurer said Jupiter still wasn’t covered but agreed to set up a new policy over the phone.

Some weeks later, Jupiter began to limp and was eventually referred for a CT scan at the veterinary hospital at University College Dublin . The dog was diagnosed with elbow dysplasia in her right front paw and Feldman was told she would need an operation that costs €2,000. Allianz declined to pay out because it regarded the dysplasia as a condition that existed before Jupiter was insured.

Feldman cannot afford the operation and is considering a complaint to the Financial Services Ombudsman.

“We are very upset and annoyed,” he said. “We have a dog we love very much and now we can’t do anything for her because we don’t have the money for the operation.”