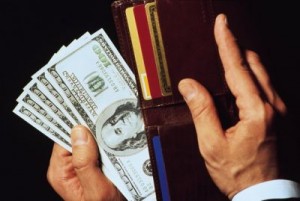 It seems that credit cards are no longer the favoured method of borrowing for most people. In July of this year it was reported that credit card spending was at a six year low.

Retail figures from all over the UK were weak. Consumer spending remained low, and not even the Olympics could persuade people to part with their money. Leading retailers all reported poor sales. This week even leading luxury retailer Burberry reported that it was taking hard knocks on the stock markets (and high-end, luxury retail is one sector that hasn’t slowed down after the recession, in fact, it’s boomed).

There’s evidence to suggest that people are moving from credit cards to payday loans. Payday loans are certainly more convenient for a quick cash fix. When consumers are reacting to uncertain life events or unexpected expenses, it may make more sense to go to a quick money lender rather than undergo the lengthy process of taking out a credit card. A payday loan seems like the only option for some.

Payday loans, with their short term nature and limited borrowing amount mean that consumers are happier to commit to a short term loan than take on large amounts of debt which they are becoming increasingly uncertain about how they will manage to repay in the future. 18-24 year olds are pessimistic about being able to pay back educational debts, whilst those in the 25-34 year old age category admit to needing to use payday lending services to meet the everyday cost of living.

Nearly one million credit cards were cancelled in 2011 alone. Since the recession began in 2007-2008, consumers have gained a heightened awareness of the problems of borrowing and spending. It seems that credit cards have fallen out of fashion and that payday loans are on the rise. Debit cards are also on the rise, suggesting that most people are switching to out-of-pocket or loan-based spending habits.

Although payday loans remain controversial in themselves, they seem to be a sign of the times. Many younger people are turning to these loans as a way to finance the costs of education and setting themselves up apart from their families. They are easy to get, with no need for bank checks or any red tape to get through. It will be interesting to see what happens in the future and if long-term borrowing becomes a thing of the past.