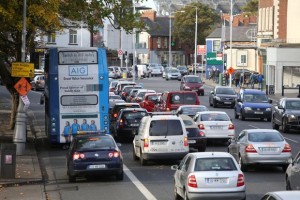 Insurance premiums have risen by 20 to 50 per cent for one in three Irish motorists in the past year, a survey has found.

With more increases expected in 2016, many are looking for ways to make savings, including reducing their level of cover, leaving them more financially exposed if they were to claim, according to the AA.

A survey of 5,000 AA members found that 34 per cent reported a premium increase of between 20 to 50 per cent in the last year.

As a result of the increases, more than one in four motorists said they would consider paying for less cover in order to reduce their premium, while two in five are thinking about adding a “responsible partner” with a clean driving history to their policy.

The greatest proportion — 93 per cent — said they would shop around to try to save money.

The drop in petrol prices over the past two years has been negated by the increase in insurance, and earlier this year Insurance Ireland, which represents insurance companies, said it expected the average premium to increase by a further €300 compared with 2014 as its members’ costs increase.

The AA launched a lobbying campaign in November, calling for the government to establish an independently chaired taskforce including the insurance and legal industries, government departments and the gardai in order to reduce costs.

It said that fraud, high legal and claims costs, poorly resourced regulation, a lack of enforcement and a lack of transparency in the industry on cost levels, needed to be addressed.

“If the root causes we’ve identified are tackled head on, we can quickly create a stable and sustainable market for motor insurance. If they are not, then we will continue to suffer uncertainty, market failures and unacceptably high prices,” Mr Nevin said.

“The problem is that motor insurance is a legal obligation, which essentially leaves motorists with no choice but to stump up the costs.”

Conor Faughnan, the AA’s director of consumer affairs, said that the insurance industry could not keep claiming its costs were rising but refuse to reveal what they were, citing commercial sensitivity.

“I’m genuinely not accusing the industry of being deceptive in any way, but they should be sharing data. If they want us to get behind them and support them then they can’t hide 70 per cent of data under their skirts and say ‘trust us’,” Mr Faughnan said.