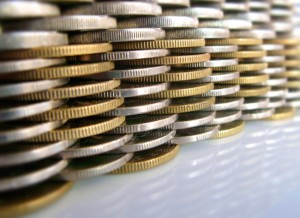 Over the last few years it has become normal to speak of and be concerned about the ‘austerity measures’ and ‘economic downturn,’ so is it any surprise that children are feeling the effects of the current financial climate?

From news reports and social media sharing to dinner table chit-chat, it’s become impossible to escape the influence of nationwide concern over money and related issues such as personal debt and job security.

As a result, people are now starting to see how the recession has impacted on children as young people speak out about the traditionally adult-oriented topic of personal finance.

The Youth Have Spoken

The results of a recent survey, commissioned by the Personal Finance Education Group and National Children’s Bureau, found that just under half of the respondents were concerned about money.

Worryingly, one in eight of the participants, who were all aged between seven and sixteen, admitted to borrowing money without being sure of how they would be able to pay it back.

Almost all of the 1,001 participants said they would like to receive financial education at school in order to prepare them for managing their own money when they start earning.

The survey results suggest that children don’t feel they are learning enough about personal money management in school and have concerns about how they will cope when it comes to paying bills, saving and spending wisely.

The average debt of a family in the UK has rocketed by almost 50% in the last 12 months and with this increase there has also been a dramatic rise in people seeking support from debt advice charities, particularly concerning credit card debts, bankruptcy applications and home repossessions.

The old adage that children are the future has never seemed so relevant, as if Britain is to recover as a nation it needs to ensure that the next generation is taught how to make better financial decisions and alter the ‘buy now, pay later’ culture that’s become ingrained in the very ethos of Britishness.

The nation has fostered a generation of school-aged children who have been brought up with everything they want when they want it, but they have also experienced the other side of the coin.

Financial hardship, job loss, relationship breakdown and even hunger have impacted on many families over the last few years and as a result children are deciding that they want a different future, which will only come from implementing a structured programme of financial education at an early age.

Since 2008 schools in Scotland, Wales and Northern Ireland have been required to address financial education in some form, but there has been no requirement for this in English schools. However, the Department for Education is currently looking at the curriculum to assess the possibility of introducing mandatory money-management classes that would follow a set structure in all schools.

As these changes are discussed and mulled over, young people have started to take steps of their own to fill the gap. Junior representatives from the Young National Children’s Bureau have petitioned MPs in a bid to ensure financial education is available to all school-aged children.

Additionally, the charity has launched a tool kit that’s been created by young people with the purpose of providing resources and support for children across the UK who wish to campaign for the inclusion of personal finance classes in their school’s curriculum.

This guest submission was contributed by Lloyd on behalf of IVA Expert.