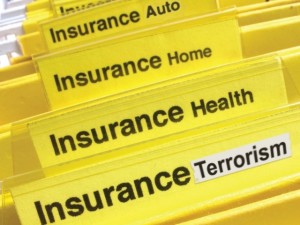 Many modern leases specifically require or permit the landlord to provide terrorism insurance cover, and if that is the case the leaseholders will naturally have to pay for it. Nevertheless, the leaseholders still have a number of important statutory rights. For example, under the Landlord and Tenant Act 1985 they may require the landlord to provide a summary of the insurance cover and they have a right to inspect the policy. Section 19 of the 1985 Act also allows leaseholders to challenge excessive insurance contributions on the basis that the landlord’s costs were not “reasonably incurred”.

If the lease does not mention terrorism cover, the position is less clear. Some older leases only require the landlord to take out insurance against “fire”, and in such a case it is unlikely this will extend to terrorism cover. However, most leases use more extensive formulae, and in particular they commonly require or allow the landlord to insure against “usual comprehensive risks”. In the recent case of Qdime v Bath Building (Swindon) Management Company, the Upper Tribunal decided that this kind of wording included terrorism cover and that the leaseholders had to contribute to the costs of terrorism insurance.

It follows that many (if not most) leases of flats require or permit the landlord to take out terrorism insurance — and leaseholders are usually obliged to pay for it.

The writer is a barrister with Tanfield Chambers. Email your question to: brief.encounter@thetimes.co.uk