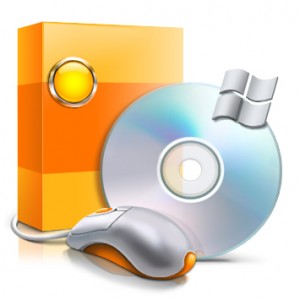 Considering the pricey nature of computer hardware, you’ll be inclined to want to avoid putting too much money into a new laptop right away. After all, you’ve already spent several hundred dollars on average purchasing the equipment; how much disposable income do you have? Unfortunately, if you’re used to working with proprietary software such as Microsoft Office or Adobe Photoshop, the licenses for those toolkits can run you another few hundred dollars in themselves. There’s an easy solution, though. Free, open-source software can provide all the functionality of an expensive paid competitor without your paying a penny. Let’s look at the various pieces of expensive proprietary software that you’re most likely to use, and the open-source alternatives that can fully replace them.

You’re using: Microsoft Office
Use this instead: LibreOffice

A proper office suite is vital to doing real work with your computer, which is why Microsoft has been able to get away with charging a minimum of $120 for a Microsoft Office license. But there’s no real reason to pay for that suite when alternatives like LibreOffice exist. LibreOffice includes a full set of office tools- word processing, spreadsheets, presentations, diagramming, databases, the works. Don’t worry about compatibility, either; while the various ODF formats are the standard targets for LibreOffice, it’s fully capable of reading and writing Microsoft Office’s .docx and .doc filetype families. There’s nothing to replace Outlook in LibreOffice itself, granted, but that’s not a pressing concern…

You’re using: Microsoft Office Outlook
Use this instead: Mozilla Thunderbird with Lightning plugin

Outlook is a piece of software with a great featureset; it seems like it’d be hard to completely replace. Indeed, you could be forgiven for making that mistake; a fresh install of Mozilla Thunderbird is an excellent but basic e-mail client. It doesn’t have Outlook’s calendar or task manager functionality, in even a token sense. Luckily, the robust plugin system means this isn’t a problem. The (also free) Lightning plugin adds a full set of time management features, comparable to Outlook’s. As a matter of fact, Thunderbird isn’t just comparable to Outlook; in many respects it’s better. Most notably, it’s far more frugal with computing resources; on lower-end hardware, you’re far more likely to be able to run Thunderbird without hindering performance than you are Outlook.

Of course you need to have good quality hardware before you begin. Have a look Comet’s supply of Great Laptops for Students for example.

You’re using: Adobe Photoshop
Use this instead: GIMP

Adobe Photoshop is an incredibly powerful tool for working with images with different kinds of plugins to choose from depending on your functionality. For example, you could download Photoshop color wheel if you like to mix and match with different color tones and palettes! However, Photoshop as a tool , also occupies an incredibly high pricepoint. If you need the kind of robust image editing functionality Photoshop offers without paying Adobe the princely sum they demand, than you want to go with the GNU Image Manipulation Program, or GIMP. Its full name is unwieldy, but GIMP is an excellent solution for image editing; it supports a nearly endless list of formats and offers a set of functions that’s second to none. In the event that you find something GIMP can’t do, it supports a huge number of plugins to add functionality.

These are just a few of the most common pieces of software you’ll be replacing; really, though, you can get away with substituting a piece of open-source software for pretty much any piece of proprietary software. It’s a good way to get the most performance you can out of your laptop for the smallest amount of money.