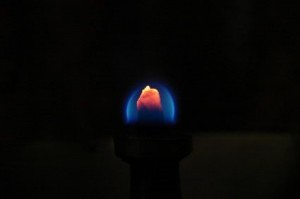 It sits on the wall, or is hidden away in a cupboard. It fires up, it keeps us war, it delivers hot water – all tasks that it seems to do with an air of mystery. Most of the time, it does all these things without making much of a noise or causing any real commotion.

However, there are times when it, the boiler, malfunctions and just stops working all together. Evans Energy Solutions and other companies will tell you that the opening sentence from a new homeowner will be ‘it was working fine yesterday/last night’ and so on, inevitably adding that it has been making a ‘funny noise’ but that it ‘doesn’t do it all the time’.

When money is tight, it is all too easy to put off tasks which we think will cost us money and, when it comes to the boiler, we often assume that it will be an expensive business to repair it. Much like a car engine however, looking after your boiler with an annual service, along with prompt action when it seems to be malfunctioning all help to keep the costs of repair low.

Knowing when to call a plumber can be difficult however and so here we have put together some common concerns and call outs that we receive – and how they can were dealt with.

Most problem with boilers are relatively simple to repair. The inner workings of a boiler may look like a jumble of wires and odd components but they are an appliance that is relatively simplistic and logical in nature.

If you know where to look, and understand common faults and problems with boilers, then repairs are relatively inexpensive, as well as taking no time to fix.

#2 Prioritise the servicing of the boiler

There are some things that happen within the boiler that we may not see until it is too late. For example, a small water leak in the boiler can result due to failure of a valve, washer and so on but because it is hidden away behind panels, it is not spotted until it fails completely, leaving you with no hot water or heat. The exact location of a water leak can be difficult to find though, so it may be worth going to Indiana Leak Detection, or a similar website, so that they can help you locate the exact location of the leak and identify what is causing the problem.

Servicing the boiler really can head off all kinds of potential malfunctions because the warning signs are spotted early. In fact, water can corrode, leaving tell-tale signs which a plumber will easily spot.

Apart from the odd bit of humming which you may hear when the house is quiet, the boiler should operate quietly. Any whirring, banging, thumping, vibration or any other kind of noise is not normal.

Again, this may not mean the boiler is on its last legs, not does it mean that it will need replacing. The central heating system has other components other than the boiler; for example, the fluid in the system is important. Over time, it lose it efficiency to conduce heat around the system, possibly hampered by the build-up of other deposits, such as lime scale.

On one hand, it may take bleeding the radiators to relieve the build-up of air, or it may mean a power flush to drain all the old fluid, wash the system out and replace with new. This can be more expensive but again, will benefit your boiler, as well as helping to reduce your heating bill.

An annual service is good for spotting signs that are well hidden, but the boiler also gives you signals that it needs some help to function properly.

Noise is one of them but another indication your boiler needs some tender loving care is fluctuations in hot water temperature.

The hot water from all the taps in the house should be delivered at a consistent temperature and thus, if it runs warm, hot, cold, then hot again and so on, this is a clear sign that there is something amiss. In such a situation, if you need the help of a professional to take a look at it, you can approach services like those seen on websites like https://www.queencharlotteplumbing.com/, or elsewhere.

Dealing with the issue sooner rather than later can mean that the item is repaired or replaced quickly, and you are not left with no hot water. Not a fun experience when we rely on it so much.

#5 The lights are out and nobody’s home…

Every gas boiler has a pilot light and although they are far less likely to go out accidentally as in the very early models, they do and can go out every now and then. When the light goes out, there will be no heat and no hot water.

Essentially, this means that there is no fuel getting to the boiler and thus, nothing can happen leaving you with a chilly home. Again, a pilot light being extinguished is not necessarily sometimes that spells disaster or an expensive repair.

If it keeps happening, then this is not normal and may mean there is a draught interfering with the boiler, or that there is a build-up of deposits that is causing the pilot light to go out.

The boiler, as mysterious and complex as it appears, is actually a lot simpler to repair than you think… and cheaper if you fix things sooner rather than later.