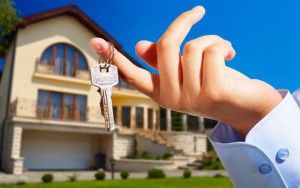 The Chancellor described sweeping stamp duty reforms as benefitting “98% of homebuyers” in what was regarded as the welcome surprise of his Autumn Statement last year, so is it true that changes to stamp duty will provide homebuyers with plenty of positives in 2015?

Homebuyers have been left to struggle with the widely unpopular “slab rate” before these reforms which resulted in plenty of disproportionate tax bills. Buyers were being forced to pay the percentage well above set thresholds on an entire purchase, with thresholds standing at around 1% above £125,000, 3& above £250,000, 4% above £500,000, 5% above £1million and 7% above £2million. Those that felt the worst effects of this system were purchasing properties between £250,000 and £500,000 as this is where the threshold jumped from 1% to 3%. It ultimately meant that those paying £250,001 for a house would lose out on an extra £5000 as a result of that single pound coin.

So what will the stamp duty reforms mean for those hoping to join the property ladder in the coming months?

The new system no longer includes sudden jumps in stamp duty, with new price brackets introduced that will result in buyers being taxed more gradually instead. It’s actually quite similar to the way in which income tax works. It’s an intriguing read, with a substantial increase in the taxing of properties valued over £1million. If you take a look at some of the other figures you might notice an encouraging pattern. Those stuck in the 3% bracket for much of the old system will now save £5000. It seems as though 98% of homebuyers are indeed benefitting from the reforms.

It really does come down to what bracket you’re part of, but the general reception has been quite positive since the Autumn Statement was released.

The Winners and Losers

There’s no doubt first time buyers will be delighted with this new system, as any property purchase using the Governments help-to-buy scheme will see a healthy amount saved under the reforms thanks to reductions in up-front costs. For example, someone purchasing a property for £185,000 will save £650 with the help of the new reforms.

On the other hand, homes that are valued over £937,000 will face much larger tax bills compared to the older system. There has been a substantial rise in prices in the London area over the last year, which indicates that there are more families than ever living in homes valued in-or-around the £1million mark that will lose out as a result of these reforms. Those hoping to buy a house in London that is valued at £1.5million can expect to be hit by a pretty hefty £18,750 tax bill.