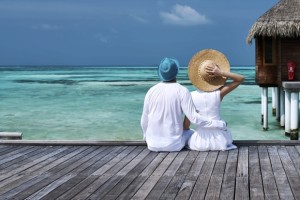 Households could end up paying an additional £68 a year on insurance as the cost of car, home, pet and private medical insurance cover will go up from November.

This week’s budget announcement that insurance premium tax (IPT) is to rise from 6 per cent to 9.5 per cent in the autumn has been met with consternation by insurers who fear people will be less likely to buy cover as it becomes more expensive.

IPT, introduced in 1994, is a tax on insurers — but they tend to pass it on to customers. It last rose in January 2011 from 5 per cent to 6 per cent. Travel insurance has an even higher rate of IPT, of 20 per cent, which will remain unchanged; life insurance is exempt.

This almost 60 per cent rise, which is expected to earn the Treasury £8 billion over the next six years, will affect 20.1 million households with contents insurance, 19.6 million with motor insurance, and 17 million with buildings insurance, according to the British Insurance Brokers Association (BIBA) who referred to it as a stealth tax.

“The government has been working with the industry to reduce the cost of insurance for consumers, including a summit chaired by the prime minister. It therefore seems counter-intuitive to be taking measures which will add to the cost – effectively taxing protection,” says Steve White, chief executive of BIBA.

Calculations by the comparison site comparethemarket.com estimated that the rise in this tax will add £1.8billion to insurance products, the equivalent of £68 per household.

“The danger is that with premiums already rising for many insurance products, people may be tempted to cut corners and under-insure,” says Simon McCulloch, director of comparethemarket.

He believes young drivers will be the worst hit. “Under-25s are already paying £505 more on average than all other age groups for their car insurance. As a result of the IPT increase, their premiums will be around £30 more.

“This age group have been hit by a double-whammy in the summer budget, as they will be exempt from the new living wage obligations, making it even more difficult to pay the higher bills.”

MoneySuperMarket estimates that the rise will amount to an additional £35 a year to insurance bills for the average two-car family, based on average home insurance of £115 and average car insurance of £445.

“While we have all been benefiting from declining costs for car and home insurance over the past few years, this tax increase may now sadly negate those benefits,” says Kevin Pratt at MoneySuperMarket.

Janet Connor, managing director of AA Insurance believes the rise in premiums could be greater than predicted. “Because of intense competition, new business is usually sold at a loss. This can therefore only put greater upward pressure on premiums as a whole. Premiums are beginning to rise again and the additional IPT burden will make insurers think again about their pricing and I would not be surprised to see an overall increase of 10 per cent or more by the end of the year and continuing upward pressure into 2016.”

Mr Osborne also announced a new payment hierarchy for vehicle excise duty. From 2017, new cars will pay a flat standard rate of £140 a year for road tax regardless of emissions.

At the moment vehicles are taxed on a sliding scale. Owners buying a new car costing more than £40,000 will have to pay an additional £310 on top of the standard rate.

These changes will only be implemented on new car sales so existing tax arrangements will apply for cars that are already owned.

There was also the announcement of the increase in the life of an MOT for new cars from three to four years.

Fees charged by claims management companies who bombard people with cold calls convincing them to pursue compensation claims for accidents and PPI will also be capped, in a move to tackle fraudulent claims that drive up the cost of insurance.

Basic-rate taxpayers will be better off by £80 next year, thanks to a rise in the personal allowance. But will this be diminished by the increase in insurance premium tax — what experts are calling a “stealth tax”? Car and home insurance premiums are likely to start rising from November, as insurers pass on the increase in the cost of the tax to customers — which is unavoidable if you drive or have a mortgage.